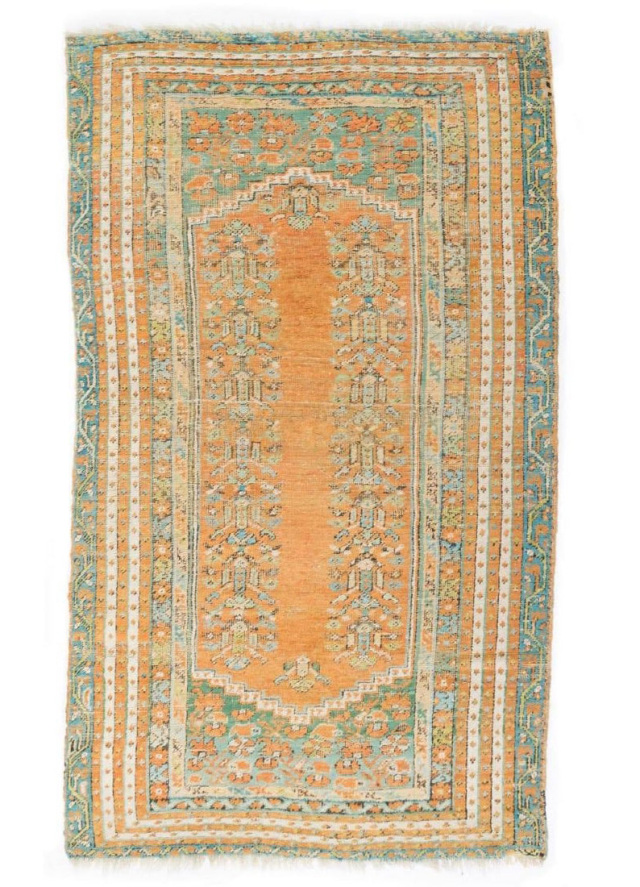 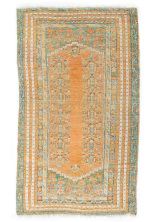 Antique Turkish Ghiordes Rug 142, Origin: Turkey, Circa: Turn of the 20th Century – Here is an absolutely beautiful antique Ghirodes composition that was originally woven in Turkey toward the turn of the twentieth century. Resplendent in an appealing pallet of salmon, blue, green, and shades of yellow, this antique rug boasts an especially alluring composition. Beautiful borders are given more space than is conventional, allowing them a particularly vocal presence in this daring rug. Every inch of watch border is decorated with geometric and floral elements, with an impressive level of detail throughout. Especially comely is the outermost border, which features a charming, scrolling parade of traditionally composed flowers. All of this action before even pivoting to the field – which, while nuanced, is bursting with detail work. Dominated by a monumental medallion, the field is colored considerably darker that the remainder of the piece, giving it an added depth. Further vine scroll and floral details delight, giving the entire composition a feeling of unity and completeness. A stately antique rug, this Ghiordes composition from Turkey is compelling to behold.