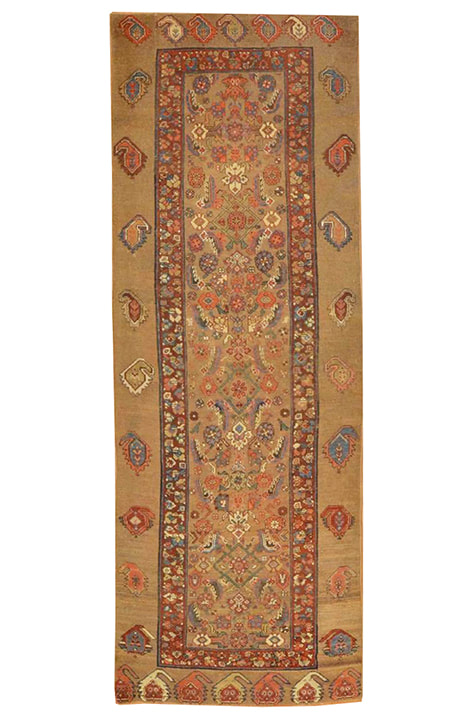 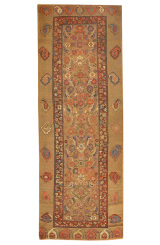 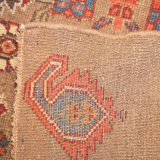 Beautiful Antique Serab Persian Rug 1044, Country of Origin: Persian Rug, Circa Date: 1900 – Serab carpets are revered for their colorful displays and unique tribal character. This magnificent example creates depth and character that would be the perfect addition to both formal and informal room designs.

The village of Serab is a small community nestled in the Sabalan Mountains of northwestern Persia. They remained isolated and were cut off from participation in the trade that others located in more populated areas could participate in, which means that they did not have the influences of contact with other cultures. This allowed their designs to retain the traditional qualities and characteristics that make them unique without being transformed by the influences of commerce.

This Persian rug has an allover pattern based on large, complex repeating motifs. Of particular note is that the Serab would often use camel hair or blend camel hair with wool to create a range of browns. Sometimes these would be further dyed, and sometimes, they would be left in their natural color. This, combined with the blue that is unique to the area, gives this carpet and earthy feel that is characteristic of Serab carpets. This is a beautiful village carpet that could be used in a number of designs.