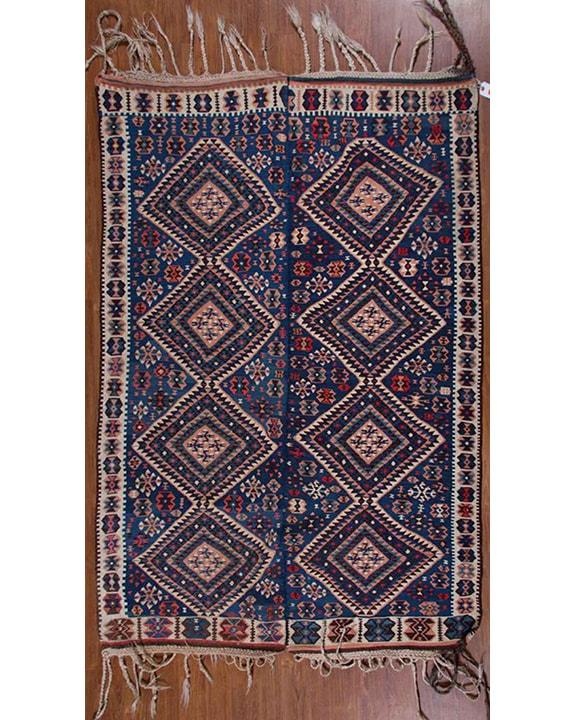 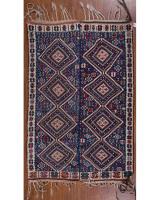 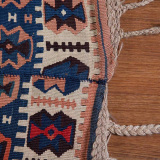 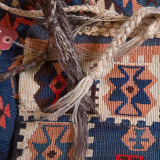 Beautiful And Tribal Flat Woven Antique Turkish Konya Kilim Rug 1048, Country Of Origin: Turkey, Circa Date: 1860’s – This beautiful tribal design antique tribal rug was woven in Konya, Turkey, and has distinctive geometric elements that are found throughout the artwork of the Ottoman Empire. This majestic antique Kilim rug uses brilliant color and high contrast to create a magnificent flat weave rug that is casual and boasts a simplistic and tribal look and feel.

Several types of antique rugs can be found throughout Turkey during this time.. There are those that were produced for public spaces and according to the design sensitivities of those who commissioned them. However, this is not to say that the art of rug weaving was confined to commissioned works used in the grand palaces. There are still those located in remote areas of Turkey producing through traditional tribal rugs that had been a part of their culture for hundreds, or perhaps thousands of years.

Antique Turkish rugs were popular throughout Europe and the USA and found their way into formal Victorian parlors. They were treasured for their rustic quality, just as they are today.

This beautiful flat woven antique Konya rug is of importance because it is a classic Turkish kilim rug that was produced by a simple people, living a pastoral life away from the formalities of the city. This antique Turkish Konya Kilim rug is remarkably well preserved for its age, reflecting the quality and care that went into making it as well the love it received from the people who have owned it over the years. It is a wonderful example of the great Turkish kilim rugs that have been collected by people from all walks of life over the past few centuries. Regardless of its place in history, it is, with out a doubt, a wonderfully decorative rug that will be a true joy to own and live with.