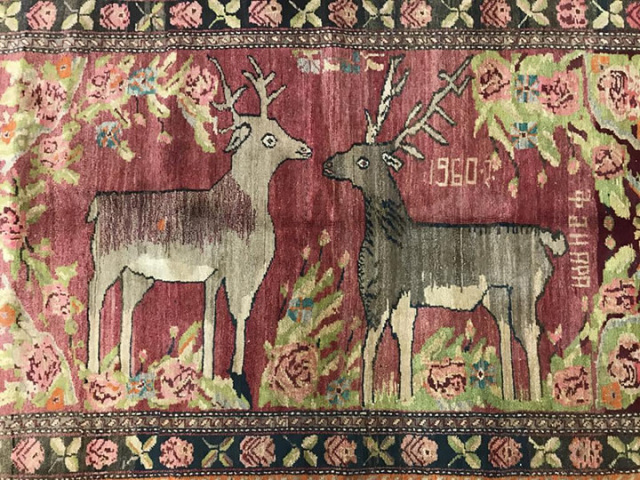 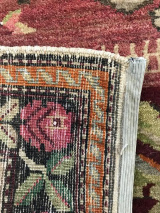 Beautiful and Decorative Antique Caucasian Karabagh Rug 13, Country Of Origin : Caucasian Rug, Signed & Dated: 1960 – Unlike many traditional Caucasian rug, this small size example does not contain angular forms or a particularly defined border. Though a single large border is enough to ground the heart of the rug were the two deers are depicted in the wilderness. Resulting in an overlaid effect that brings to mind stained glass or natural framing in the wilderness. Leaves in yellow, red and green all dance around the interior of the border, those very same elements defined clearly at the core of the Karabagh rug, bringing the beautiful surface’s theme around full circle. The dusty red background implies a certain earthiness in the design of the vintage rug itself, almost as if the viewer stumbled upon a scene in nature, rather than arranged the rug in their room.