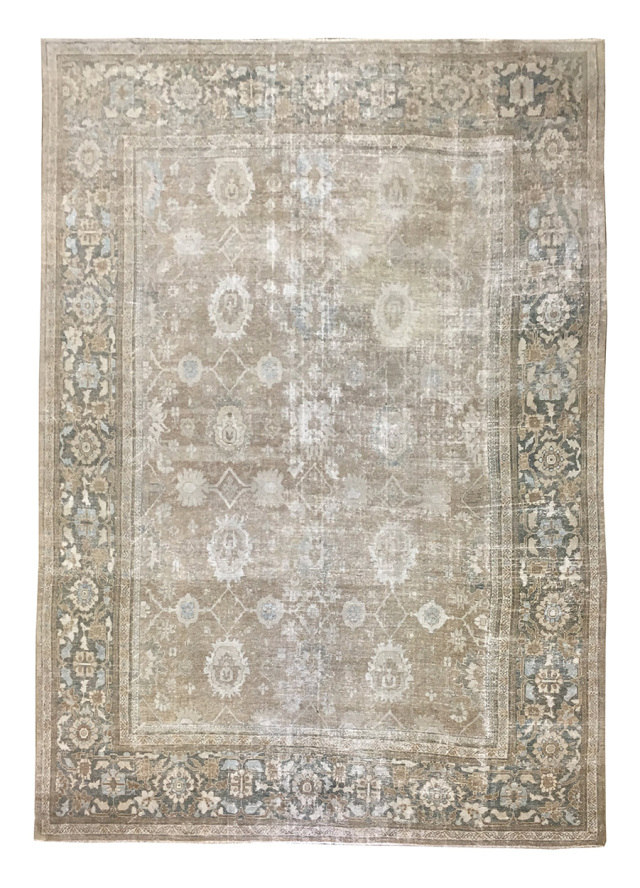 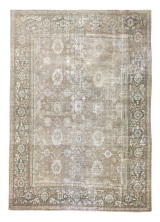 The term “Ziegler” is, more often than not, misapplied. All Ziegler rugs are Sultanabad but not the other way around. This carpet is without a doubt, a true Ziegler (based on its weave, age, colors, design and texture)If you touch the wool, you will feel how soft it is. This is because they used the highest grade wool (most likely imported wool from England).

The use of very soft colors is yet another great attribute. Most Persian rugs were made with richer colors and there aren’t too many with such a luminous, soft yet happy coloration (for example – the light soft blues are phenomenal). This rug can work in pretty much any setting and enhance the look while not taking away from anything else.

The Pattern – All over, large scale and very much arts and crafts is put together in the most perfect way! Up until Ziegler came on the scene, the Persian rugs tended to be busier (and far more colorful).

You can see that someone with a western approach put all the different elements together. The aim was to create beautiful works of art that could also be used as decorative items and I, for one, think they achieved what they set out to accomplish.