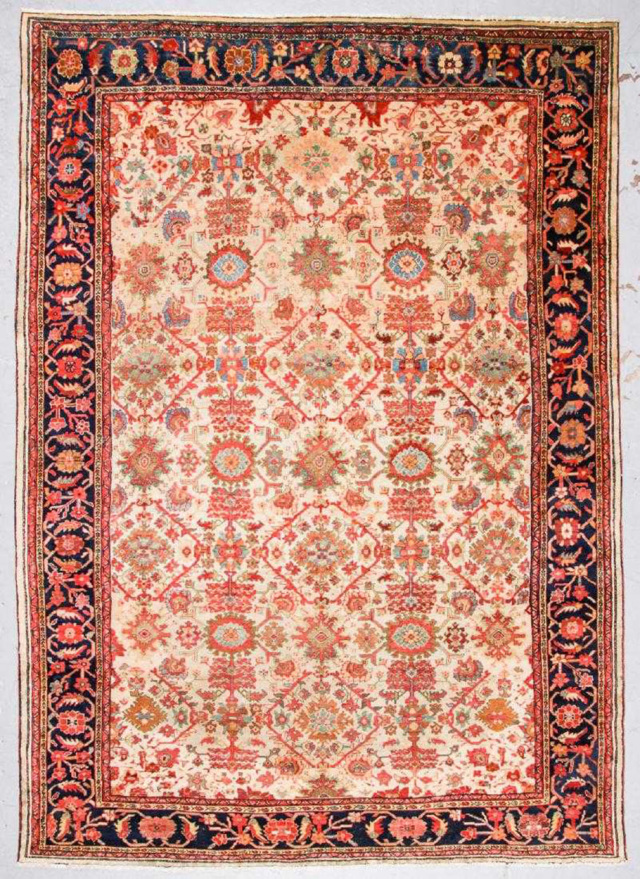 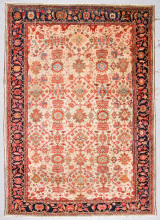 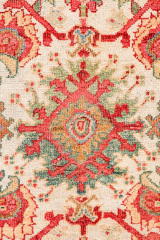 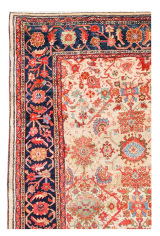 Beautiful Ivory Background, Large Scale, Allover Design Antique Persian Ziegler Sultanabad Rug 622372361, Country of Origin: Persian Rug, Circa Date: 1880 – Ziegler Sultanabad carpets have become classics in the world of interior design, and they continue to be used in many new and exciting ways in contemporary design. This spectacular, eye-catching design of this Ziegler Sultanabad piece from the 1880s has a classic design and traditional feel. Its bold florals and vibrant colors are dynamic and charismatic. It has an elegance that permeates the rest of the room, but it also has a distinctively tribal feel, too.

Ziegler Sultanabads are beloved rugs that had their beginnings in the latter part of the 19th century when Ziegler and Co. of Manchester, England, made a major investment to establish a Persian carpet workshop in Sultanabad, Persia. Sultanabad had been a traditional carpet weaving center since the 16th century. It is now known as the modern city of Arak.

The design principles were based on the traditional design of the Persian carpet weavers; only Ziegler altered them to suit the tastes of a lucrative European and American market. This led to drastic changes in Persian carpet design. Ziegler Sultanabads are distinguished by their vibrant colors and large, tribal designs. They fit perfectly into traditional rooms filled with antique furniture and fine artwork, but now they also play new roles in interior design.

Of course, this antique carpet will add elegance and grace to a traditional room, but it is also the perfect foundation for modern designs, too. In a room that is dominated by simple lines and solid color-blocked spaces, this carpet will add drama and add an element of surprise. Recent trends add in a few traditional elements and vintage pieces to ultramodern rooms. This rug inspired the classic designer and the contemporary one. The gentle grays, earthy browns, and sky blue also allow it to add intensity to a more neutral color palette.

This carpet is a traditional design that encourages you to think outside of the traditional lines to create a space that has a timeless yet modern feel. Ziegler Sultanabads are becoming rarer because many of them are in the hands of private collectors. With new possibilities for their use, this is likely to continue to be the case, making this a unique find.