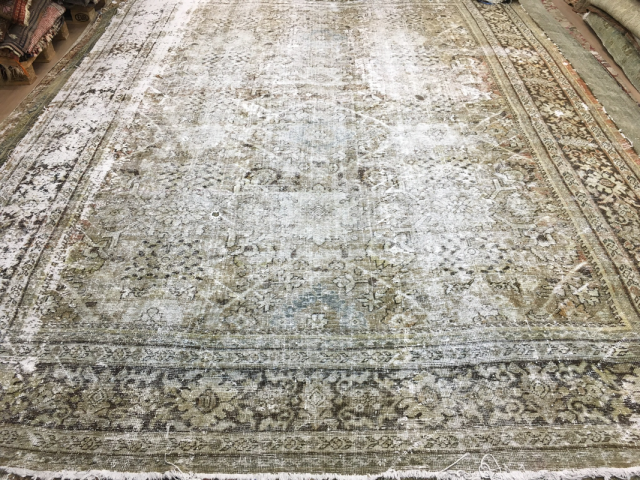 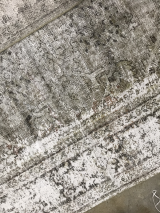 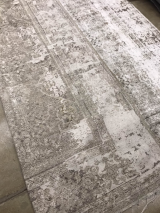 Large Antique Shabby Chic Persian Sultanabad Rug4268, Country of Origin: Persia, Circa Date: 1900 – This gorgeous shabby chic antique Sultanabad carpet is from around the turn of the century. Sultanabads from this time period are some of the most beautiful and collectible in the world. This Persian town is known for styles that range from casual to formal. Their designs are sophisticated, but also add a bit of playfulness, too.