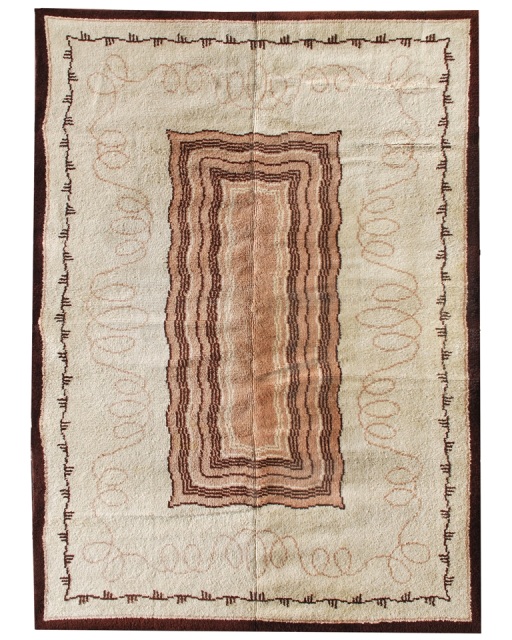 Art Deco owes its name to the first major exhibition of decorative arts to be held after the First World War: L’Exposition Internationale des Arts Decoratifs et Industriels Modernes held in Paris in 1925. The supreme elegance of the custom made interiors at the event set an example for interior designers the world over. Inspired by these innovative aesthetic ideas, artists, designers, craftsmen and manufacturers from across Europe and America produced a wide range of modern pioneering patterns that delivered a dramatic change of style to furnishings in general, and early 20th century antique area rugs and carpets in particular. Decorative arts of this period, sometimes known as the Machine Age, are characterized by a streamlined appearance. European art deco rugs and carpets woven from the mid-1920s through the 1930s reflect this style.