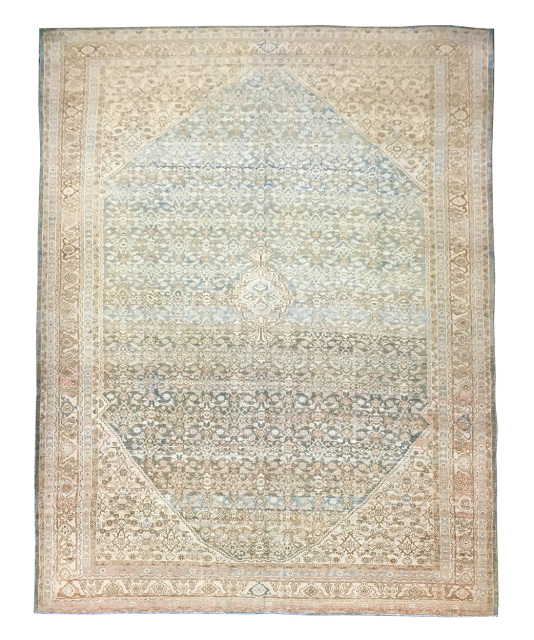 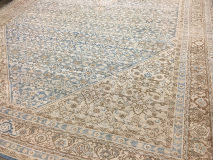 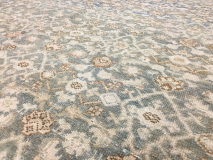 Antique LargePersian Shabby Chic Malayer Rug 5045, Country of Origin: Persia, Circa Date: Early 20th Century (Around the 1910’s)  – This shabby chic rug, a beautiful antique Persian Malayer, sparkles with age and gravitas. Featuring a provenance it could only inherit through time, this large and beautiful Persian rug captures the attention and imagination of everyone who crosses over it. It’s framed with multi-structured borders that seem to imply a hidden depth.

The ghosts of the footsteps of countless unknown friends reveal meticulously crosshatched and woven material, the product of centuries of training and oral traditions. This antique Persian shabby chic Malayer rug not only symbolizes the people who made it, but it will remind everyone of a rich and ancient culture whenever they set their eyes on it. Blue, rusty and brown colors in this large gallery rug pop and blend into each other, and with the tempered colors of natural aging, it’s reminiscent of an old photograph or a piece of pottery embellished with geometric shapes. In a phrase, it represents the past, the present, and the future: it’s recorded every step it’s endured, even in the present, and it will preserve them for a future when children and grandchildren impress the signatures of their presences on it.